You are here: Home1 / Tantra yoga 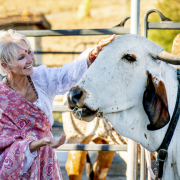 In a society which is obsessed with sex, youth, physical appearance, money, status, acquisitions, prestige, fame, power, and smart phone; and in a culture which is overwhelmed with work, emails, phone calls, media; in a world which is bombarded with wars, terrorist attacks, cruelty toward animals, heartbreaks, debates, depressions, neuroses, psychoses, divorces, and stress, where is love? One may wonder what is love?

We are in search of a love which expresses the greater reality and truth of our genuine nature; that love which is transformational and transcendental—Divine love. Our beings are in need of healing words and images. Throughout the centuries, Yoga teaches us that our true nature is Sat-Chit-Ananda—ever-existing, ever-conscious, ever-eternal bliss.

We live in an era where we are crying out for love, yet cannot even hear ourself. We are trapped in our own fabricated cage, yet have wings to fly. We are drowning in the sea of misery, yet we are the vast ocean of love.

In the profound tradition of Yoga, we find a magnificent living tree still standing tall after over 7,000 years with six major branches of yoga, in which each one bears its fruit. Hatha yoga (forceful) the most familiar branch to Westerns, Bhakti (devotion-love), Jnana (right knowledge), Raj (royal), Karma (action) and Tantra yoga (continuity) remain to be discovered still by millions of seekers. Bhakti is the only branch of yoga which teaches us how to reconnect with that powerful source of love, and how to redirect our emotions and harness its power. This is the path of love, of devotion allowing the heart center (anahata-cakra) to open up like a blossoming lotus under the sunlight. Divine love is our genuine nature, yet we are asleep dreaming a human dream. We are spiritual beings having a human illusion. When we are in a state of Divine love, physical boundaries melt away. We expand and stretch that love to all living beings—to infinity. 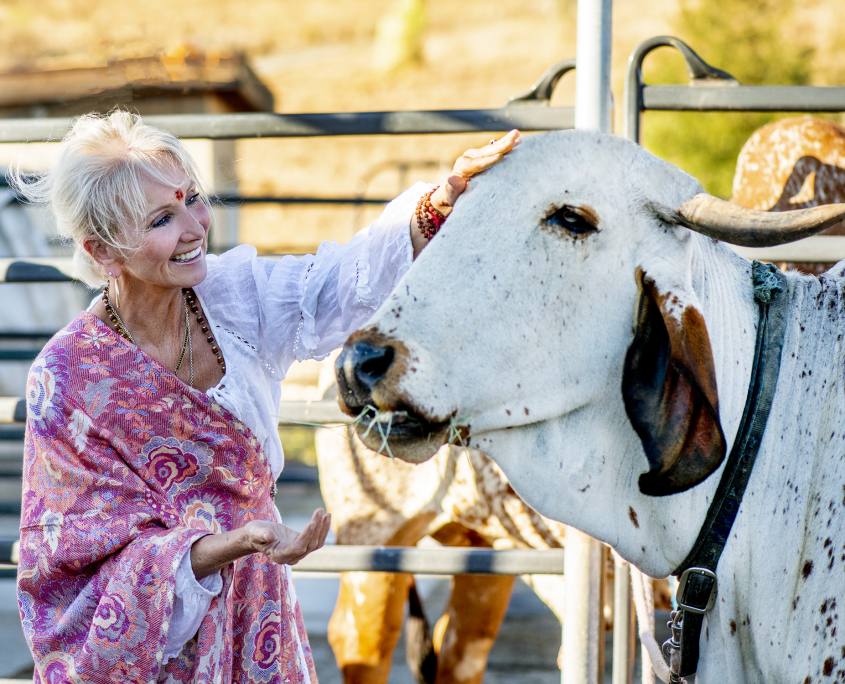 Yoga is not based on any blind belief system, doctrine or dogma. It is not a religion. Yoga is the science of experiencing the whole of existence as One. It is the science of inner well-being, of self-realization. Any genuine and persistent seeker can experience the Source from within, and know its ultimate nature of bliss. We may not have the same abilities and capabilities on the physical level, but we all have the same possibility on the energetic level to experience the Source of creation. The ancient science of yoga always leads to expansion, boundlessness, oneness, and liberation, no matter our background and life accumulations.

The Sanskrit word Bhakti is derived from the root bhaj which means “to share,” “to participate in,” or “to engage with affection.” In essence isn’t this what we do when we are madly in love with someone –sharing the most profound part of ourselves- our spirit. For instances, in a Divine sacred love relationship two individuals can merge as One, and often do. Love is the most powerful force of all. Love engenders love.

Over the ages, the word “Bhakti” became known as “devotion” and “love,” and its practitioners as Bhaktas, or devotees. Bhakti is the union of the lover and the beloved as the ultimate absolute One, so Bhakti is the yoga of self-transcending love. Its original root is debated among scholars.

According to Dr. Georg Feuerstein, Internationally well-known scholar on the Yoga tradition, “The Vedic hymns (Rig Veda) are invocations to various higher powers and reverential celebration (Vedic age 4500-2500 B.C.). In them we find the earliest historical roots of Bhakti yoga.” In the famous epic Bhagavad-Gita dating back to approximately 400-500 B.C., the word Bhakti is used throughout in the text. Bhakti Sutra by the legendary sage Narada is one of the two sutras (aphorisms of love) expounding the path of love and devotion (around 1000 C.E.). The other one is from Sage Shandilya. “Bhakti” says Narada in his aphorisms, “is intense love to God.”  For Shandilya, Bhakti is “supreme attachment to the lord.” This form of attachment becomes a sacred connection, where our small mind and its perpetual egoistic demands melt away by the intensity of our burning heart. This yoga of devotion seems to hold the magical key for the entrapped and captured heart. It also allows the gateway of grace for the energy to move up into the higher chakras, and to experience other dimensions beyond the physicality as I explain in depth in my first major book, Becoming The Light: Realize Your True Enlightened Nature.

By allowing Divine love to flow immediately opens up the heart chakra. St. Augustine once said ”Our heart is restless, until it rests in thee.” For the genuine Bhakta….the universal lover:  the aroma of an eucalyptus tree, a stray cat playing, an old man strolling by, a deer grazing nearby, even moss growing on a rock reveal the greatness and oneness of our Creator. When devotees hear the birds singing, it is God whispering to our ears. Every object and action is worshipped and sanctified as the manifestation of the Supreme. Devotion is seeing and experiencing a profound reverence to all in this creation, and seeing the Divine in it. Genuine devotion is that which is devoid of our personality and sense of self. Vulnerability is essential to experience a dimension of reality beyond the physical realm. One must break free from the gateway of resistance and logic to experience the light. Our most important triumph is to allow our ultimate nature to lead the way. Consciously or unconsciously we must face our inner battle.

Devotion and love expand our consciousness to the Source of creation by allowing our all-encompassing ultimate nature to realize itself. Only then can the intensity of our longing be felt, the cry resonating with the Divine be heard.

Dr. Feuerstein describes Bhakti yoga as “the yoga of loving self-dedication to, and love-participation in, the Divine person. It is the way of the heart. Shandilya, the author of the bhakti sutra, defines bhakti as ‘supreme attachment to the lord.’This is the only attachment that does not reinforce the egoic personality and its destiny. Instead, the bhakti-yogin consciously harnesses love in their quest for communion or union with the Divine.”

Living our lives in a state of loving devotion is the wisest way to exist and to live –expanding our consciousness to the beyond. My whole life is a profound testimony of the power of the path of love. I spent nine years to manifest my first book, Becoming The Light. I had to face so many major challenges and made many sacrifices for its birth. Without pure loving devotion, this offering would not have been possible. A devotee is beyond reason. He or she is simply on all the time for no reason because we have forever fallen in love in the ocean of Divine love. To the outsiders, devotion looks utterly stupid because a devote has a different kind of intelligent—a perception that is endlessly expanding and that is beyond the logic of this physical realm.

The devotee is the lover; the Divine is the beloved. In this interconnection, the transcendental reality is viewed as a personal God rather than an impersonal absolute truth. Even though Bhakti yoga is often regarded by several schools as a philosophy of dualism, the one final goal appears to remain the same for most schools of Bhakti—to merge so totally with the Divine, that one looses completely the illusion of the ego, and becomes intoxicated in the blissful state of samadhi, bathing in the ecstasy of Divine love. The sensation of millions of minuscule bubbles of intoxicating joyful love emanates from the heart region tickling every cell of our being.

Paramahansa Yogananda put it simply, “If you could feel even a particle of Divine love, so great would be your joy -so overpowering- you could not contain it. Divine love is the only perfect love.” In the last moment of realization, the Bhagavad Gita described it as complete love supreme-participation (para-Bhakti). We can’t understand devotion, only experience it by allowing grace of the Divine to flow through us. Identifying us with our personality is the greatest barrier. Devotion is not an act. We have to see our limitations, and experience longing for the boundlessness of the beyond within us.

Prior to this self-realization, the devotee needs to regard God as a person, so the Divine can be worshiped or celebrated in songs, chants, dance, rituals, right actions, meditation and art. There is also a meditative aspect to Bhakti yoga. You becomes so intoxicated with Divine love by focusing your energy into chanting, dancing, reciting or painting for God, that it becomes natural to lose oneself into your natural loving blissful state.

On the path of love the devotee grows with intense passion (rati) for the beloved, the Divine one, whomever may be that representation — a spiritual master or teacher, Jesus Christ, Krishna, Shiva, Mohammed, Ganesh, Maha Avartar Babaji Goraksha, the Buddha, Kali, Bhairavi Devi, or your lover, etc. The symbolic objective of this sacred figure is for the devotee to expand, embrace and express the same Divine love to every being, all animals and the entire universe. That is the goal of any genuine spiritual master (Satguru)– to impart, transmit that wisdom and energy. Then self-realization will unfold naturally. The flow of Divine love is then expressed with great reverence and respect in this manifested world. Mother Theresa illustrated this pure Divine love with her work when she once said she sees “Jesus in every face.”  The opposite is true, if one is too full of himself or herself, it will be extremely hard to become a devotee.

The emotional force of the human being is purified and channeled toward the Divine. In their discipline of ecstatic self-transcendence, the bhakti-yogins or bhaktas (“devotee”) tend to be more openly expressive than the typical râja-yogin or jnânin. The followers of Bhakti-Yoga do not, for instance, shy away from shedding tears of longing for the Divine. In this approach, the transcendental Reality is usually conceived as a supreme Person rather than as an impersonal Absolute.